Dogs off a leash?

Dogs off a leash?

Dogs off a leash? No it is the Eastern Coyote (Canis latrans)

As park biologists monitor the health of our wildlife, remote cameras are periodically set up in high traffic wildlife location. Recently, two of Presqu'ile's Eastern Coyotes passed by one of these cameras. In the first image an adult eyes the strange "Bushnell Trophy Camera?. Then after a few days the animals take no notice of the camera and relax in the warm afternoon sun. 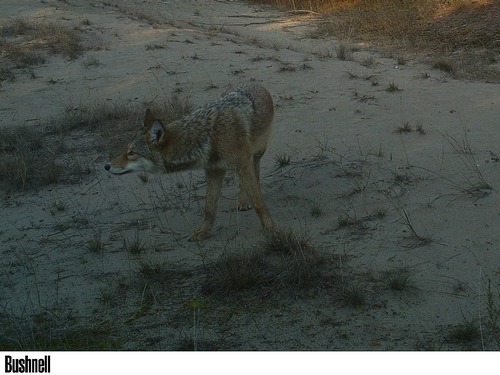 All Eastern Coyotes (also called Brush Wolves, Tweed Wolves or the American Jackal) are genetically distinct from their western relatives. The Western Coyote is solitary and small. In the past Eastern Coyote hybridized with Timber Wolf (Canis lupus) and Eastern Wolf (Canis lycaon). The resulting Coyotes are now large and will hunt in packs, unlike their smaller, solitary western relatives. Sadly, humans have killed all wolves in southern Ontario (lands south of Hwy 7) but their relative the Eastern Coyote still remains and continues to make Presqu'ile a healthy environment for all wildlife. 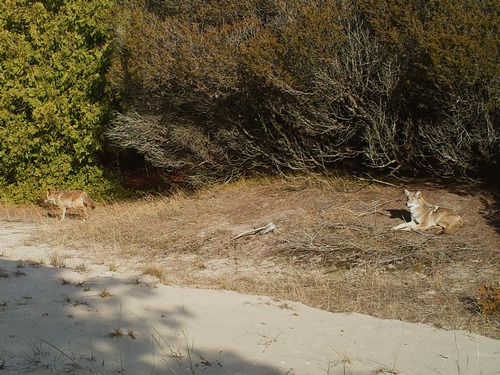 Our Eastern Coyotes can often be heard howling to each-other on cool fall and winter nights. When driving along the park's roads (particularly from the main-entrance through to park-store), be sure to roll down your windows and take a listen ? oh and feel free to join with their conversations.